Today is a Top Ten Tuesday, and this is such a difficult post, it’s a Top Ten x 2 (or Top 20 if you need me to do the math!) The other day as I drove, a song came on the radio, and I started to think about when my husband and I dated. Music was a huge part of our relationship, and still is to this day.

Not every song I hear that takes me back from 1996-2002 (we got married June 2002) is a romantic one. Many songs we listened to a lot together, and therefore, they bring back a lot of memories.

My husband and I worked together to make this list. I created a Spotify playlist, and I’m sure it’ll become a mix we’ll listen to together. He wouldn’t stop giving me songs! I am sure he is almost to 40 at this point. For this list, I’ve chosen the first 20 that came to mind, in no particular order. The links are to YouTube videos of the song.

1. Any Brian McKnight song. If you know us as a couple, you know this is true. We’ve met Brian a few times, and one time at a concert he even dedicated a set to us! We were a fan couple, active on message boards and everything. Our wedding song is Still In Love.

2. If I Ruled the World by NAS and Lauryn Hill. My husband and I met in June and he went on vacation immediately after we met. He listened to this song a lot, so when he went on vacation, I did to because he loved it. Now every time I hear it, I think of that time. 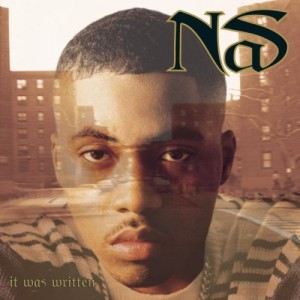 3. Freek’N You by Jodeci. I don’t think this needs an explanation.

4. This Is How We Do It by Montell Jordan. I remember playing this one on the way to his church basketball games.

5. Pony by Ginuwine. This is one of those songs that was on the radio all the time in 1996. 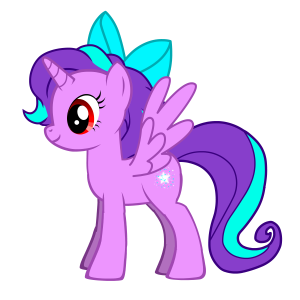 This isn’t the kind of pony he means.

6. Knocks Me Off My Feet by Donell Jones. Yes, I realize this is actually a Stevie Wonder song, but this is the version we listened to. And danced to. A lot.

7. Touch Me, Tease Me by Case & Foxy Brown and Mary J. Blige. This song got a lot of car play.

8. It’s All About Me by Mya. This is one I listened to more than him, and I played it a lot on the drive to his house. I loved this one, and belted it out. 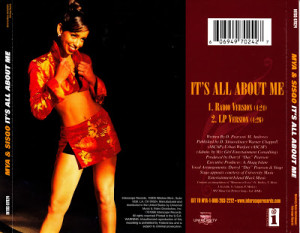 I had the CD and the CD Single.

10. Loungin (Who Do Ya Luv) by LL Cool J. He was pretty popular at this point, and this song got a lot of air play by my husband.

12. California Love by 2Pac. We blasted this in the car, even though we live in Wisconsin 🙂  We loved 2Pac and I remember exactly where we were when we heard of him being shot. The world lost great talent.

13. Twisted by Keith Sweat. This brings back a hilarious memory of riding in the back of a car my friend’s boyfriend drove, who looked a little bit like Keith Sweat and sang this song. Ah, Kwan. (I think that is how you spell his name. She’s not with him anymore!). 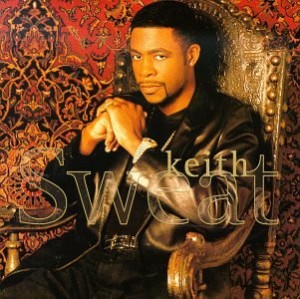 14. 7 Days by Craig David. When he swept onto the scene, I was in awe. I loved his voice and how he moved on stage.

15. Return of the Mack by Mark Morrison. I don’t think this guy sings (or raps? what was it considered?) any more. We listened to this a lot.

16. Hit Me Off by New Edition. My husband was a HUGE New Edition fan back from the Mr. Telephone Man and Candy Girl days. We loved their reboot, and I think we saw them in concert with Boyz II Men. I don’t remember. We went to A LOT of concerts. 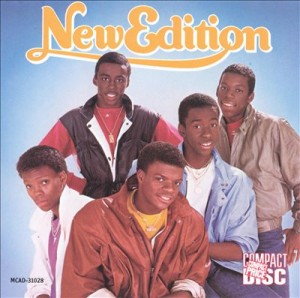 17. Down Low by R. Kelly & Ronald Isley. Back in the day, before all the crazy stuff, we were huge R. Kelly fans. I listened to this song on repeat. Also loved the follow up, Contagious. We did see R. Kelly in concert, too. Most offensive concert I’ve ever been to and vowed never to see him in concert again.

18. The Boy is Mine by Monica and Brandy. Two powerhouse singers. One song. This is one of those I listened to a lot, and he tolerated it. I sang this at the top of my lungs.

19. Nice & Slow by Usher. Really, all of Usher’s early stuff. We listened to him quite a bit.

20. Summertime by DJ Jazzy Jeff & The Fresh Prince. Yep. Before he was just Will Smith. The song released in 1991, but every summer it gets a lot of airplay – to this day – and our dating years were no exception. 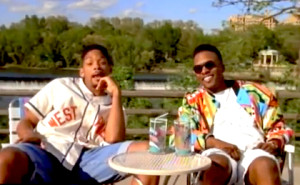 I could go on and on with the songs that defined our relationship, or the ones we listened to while playing cards or driving to the mall, but there are really just too many to name. These songs, while not all hold a direct romantic meaning, they are special to us. Upon hearing them, they transport us back to our teen years, and we get all the tingles.

What are some songs that bring back great memories for you?