If it weren’t for the Internet, I would have no friends.

Okay, that may be a slight exaggeration, but nonetheless, sometimes it feels this way. About a month ago I came across a post on Facebook linking to an article titled “Why Internet Friends Are Not Real Friends.” I didn’t click to read it for two reasons. First, I don’t agree. Second, I didn’t want to find a reason to change my stance, because, most days, my Internet friends are the only friends I have.

Webster’s Dictionary (yes, I began a sentence with those dreaded words!) defines a friend as: a person who you like and enjoy being with; and a person who helps or supports someone or something. 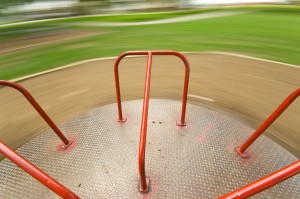 As a child, making friends came easy. On the playground, simply find someone who is playing something you enjoy or just ask “Do you want to be friends?” Sure, as the years go on, cliques start to form and making friends becomes a little more difficult. Most people are lucky enough to find someone to be a forever friend. You know the one — the people who have remained friends since the 1980s and are now almost 40 and still besties. They shared graduation, weddings, babies, everything together. I simply don’t have one of those. I’ll admit, I’m envious of those who do.

Some may say I screwed up the long-lasting friendship I could have had. Others may view it the other way and say she messed it up. Either way, I tried to patch things up with my “forever friend” and after being blocked (yes, blocked) on Facebook and Pinterest, I’ve come to accept that she doesn’t feel the same way.

So what does this all have to do with Internet friends?

Let’s go back to grade school. Remember when I said you’d be on the playground and cling to the kids who enjoyed what you did? The Internet does the same thing. See, I’ve formed this group of friends via Twitter, Facebook, and Instagram centered around either writing/reading or fitness. A lot of them I have added as friends on Facebook and they see everything I post. Others, I don’t know well enough or their circle is so big I’ve placed them on a restricted list so they can’t see things too personal. Still, I converse with these people more frequently than anyone else I am friends with on the social media sites.

Yes, I have a decent amount of friends on Facebook. As of this writing, I have 374 friends on Facebook. That may seem like a lot to some, or diddly squat to those that have reached the max 5K (who, by the way, must have a strict screening process!). Of those 374 friends on Facebook, how many are “Internet Only” friends, meaning I have never met them in real life? If I had to guess, I’d say probably about 200. From the remaining 174, 75 are probably people I went to high school, grade school, or college with, and 50 family. The left over are people I’ve met after the fact. Of all 374, I probably have actual human interaction with OUTSIDE of the Internet, with 8. And of those 8, three are made up of couples.

EIGHT PEOPLE out of over 300 people.

But let’s not stop there. It’s not that I can’t spend time with these people. Heck, a ton of us live in the same town. I’ve gotten invited to a few events with some of them. I attended a couple, even, and mostly felt out of place because the others involved see each other all the time. But that’s not what hurts. It’s those people. The ones I’m not friends with for the most hurtful reason.

Either they won’t accept me, or they’ve blocked me. 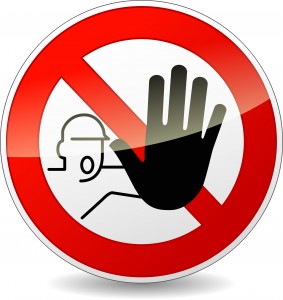 Today I liked a photo on a friend’s page. I had requested a mutual acquaintance as a friend a few months ago. I visited her page to find there is no “Add Friend” button. What does this mean? It means she’s not only denied my request, but she’s blocked me from sending future ones. If that doesn’t scream I don’t want to be your friend, or as by the dictionary definition, I don’t want to spend time with you, I don’t know what does.

Why does this bother me so much? What’s the big deal? It’s FACEBOOK for crying out loud. Here’s the thing, if you haven’t joined this current age. Facebook connections are important, it seems. Whether they actually are is up for debate, but let’s face it, Facebook Official is a term now. Most refer to it when confirming a romantic relationship, but I think it also is relatable to friendships. And it hurts. Not accepting a friend request is fine, but blocking the request to even happen ever? That’s a slap in the face. She might as well be standing in front of me saying, “Tracy, I just don’t like you.”

Here’s where my Internet friends come in. The thing I’ve found about them is this:

1.) They’re 100% supportive. Okay, for the most part. Not every single friend likes every single post or comments, but I’ve come to find it’s those people I haven’t met in real life that cheer me on and support me the most. I’m not saying the others don’t, just Internet friends take the cake.

2.) They share so many interests. Like I said, writers and readers and fitness buffs — we have private conversations via instant messaging all the time. I have a group that we discuss TV shows every week. We watch them on our own time and then hold discussions via messenger. I love it.

3.) They can be anywhere and always be there. I can’t believe I have friends who live in Australia, the UK, and even some who live less than an hour away. We can’t always be there for each other at the same time, but with a quick message, they’ll answer you. 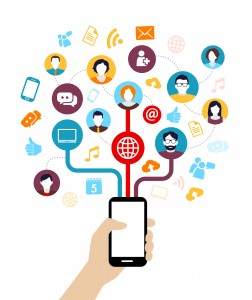 Most of my posts consist of writing or fitness. Some don’t want to see that. I get it. But if you never comment on any of my posts, or you growl at me whenever I come across your timeline, can I ask why we’re friends? What’s the point? I fill my timeline with people I want to converse with, cheer on, and, if we lived in the same town, spend time with.

I went off in about 100 different directions here. The point of this post? Who knows. I think it’s more of a journaling experience for me. I think I just am coming to the conclusion that as an adult I’m finding it harder to make friends than I ever did before. I don’t have a group of people who ask me to go out or people I exchange gifts with on birthdays. I’ve always wanted a surprise birthday party and think maybe the reason I’ve never had one is there is no one to invite. Who would come?

Unless they’re willing to fly across the country. And who knows? Those people might …. and I would love to spend time with them. Because they are my friends.