A is for Ambition 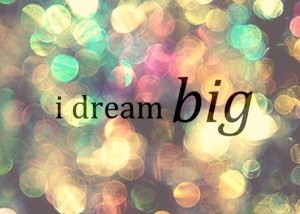 Yes, I have created two blog entries in one day! There are three reasons for this. 1.) I had an awesome announcement regarding my upcoming book, Jay Walking; 2.) I have entered the #ATOZChallenge so I must complete day one; and 3.) I am full of ambition, as my blog post title suggests!

Yes, this is true. I am an overly ambitious person, and I dream very big. On May 8, 2014 I released my coming of age novel, Pieces of it All. In October, I followed that up with a short story, The Right Equation, and in November another short story, Early Bird Special. December 11, 2014 I released my first full-length romantic comedy novel, Caching In. I planned on releasing a short story in February, but since I’ve been hard at work on Jay Walking, I wasn’t able. I am planning on releasing another short story (or two) this summer.

Even though I am ambitious, I really am quite the procrastinator. A lot of that stems out of fear. I am afraid I will fail, or even succeed! Sometimes I use my procrastination to work toward something else. For example, if I finish editing this chapter, then I can go read a blog post. Or hit up another level of Candy Crush. Or fold the laundry (yes, that is a reward sometimes!).

With ambition comes disappointment, of course. I set out a goal to publish a three-part novella series this year. It isn’t going to happen, and I am upset about it. While I’m ambitious, I must be realistic, too. My goals change based on realism, so now my goal is one novel and two short stories this year. I hope to complete a full draft of another novel as well!

What are you ambitious about? How does this quality hinder you at times?