I love my Kindle. I take it everywhere with me. However, when I’m on vacation, I often put the Kindle away and pull out a paperback or a hardcover book. There’s something about laying in bed, windows open, and the wind of the lake with a book in hand. Sure, I still bring the Kindle, and read from it, but I have specific books I have for vacation. I plan for these ahead of time, usually, asking for them for Christmas 🙂

What am I reading this summer while on vacation, you ask? Well, I’m glad you did, because here’s my list (blurbs and links for Amazon): 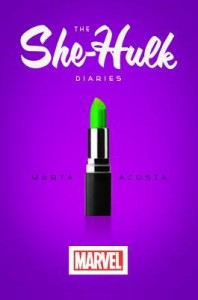 1.) The She-Hulk Diaries by Marta Costa: Jennifer Walters is a lawyer and the giant green Marvel superhero known as She-Hulk, now transferred from comics to prose in this super-chick-lit novel. Jen finds herself between jobs and between apartments at New Years, not to mention between relationships. She also has a PR problem due to She-Hulk’s hard-partying habits. Jen signs on with the law firm QUIRC, resolving actively start looking for love and to have fun in ways that won’t get her fired. Of course, because this is a She-Hulk book, this ends up involving clones, supervillains and LARPing. Acosta’s research shows as she captures the personality and humor of her main character and the Marvel universe for veteran readers and the uninitiated alike. The book’s only problems are romance novel and chick-lit tropes that don’t fit She-Hulk nearly as well, such as her self-deprecating envy of other women’s beauty. Also, despite dating many of Marvel’s superheroes, Jen has been secretly pining for the book’s newly introduced love interest since college, because apparently True Love doesn’t happen after thirty. Still, with trademark She-Hulk moments of comedy such as a sinisterly addicting smoothie chain and a particularly random appearance of Doctor Doom, this is a fun and lighthearted read. 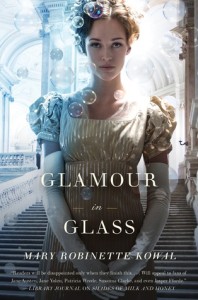 Robinette Kowal stunned readers with her charming first novel Shades of Milk and Honey, a loving tribute to the works of Jane Austen in a world where magic is an everyday occurrence. This magic comes in the form of glamour, which allows talented users to form practically any illusion they can imagine. Shadesdebuted to great acclaim and left readers eagerly awaiting its sequel. Glamour in Glass continues following the lives of beloved main characters Jane and Vincent, with a much deeper vein of drama and intrigue.

Left with no outward salvation, Jane must persevere over her trying personal circumstances and use her glamour to rescue her husband from prison . . . and hopefully prevent her newly built marriage from getting stranded on the shoals of another country’s war.

3.) Without a Summer by Mary Robinette Kowal:

Up-and-coming fantasist Mary Robinette Kowal enchanted fans with her novels Shades of Milk and Honey and Glamour in Glass, 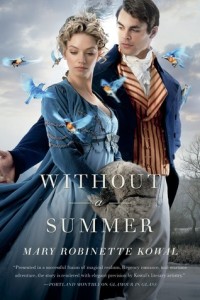 which introduced Regency glamourists Jane and David Vincent. In Without a Summer, Jane and Vincent take a break from their international travels. But in a world where magic is real, nothing—even the domestic sphere—is quite what it seems.

After a dramatic trip to Belgium, Jane and Vincent go to Long Parkmeade to spend time with Jane’s family, but quickly turn restless. The spring is unseasonably cold, and no one wants to be outside. Mr. Ellsworth is concerned by the harvest, since a poor one may imperil Melody’s dowry. And Melody has concerns of her own, given an inadequate selection of eligible bachelors locally.

When Jane and Vincent receive a commission from a prominent London family, they take it, and bring Melody with them. They hope the change of scenery will do her good and her marriage prospects—and mood—will be brighter in London. Talk here frequently turns to increased unemployment of coldmongers and riots in nearby villages by Luddites concerned that their way of life is becoming untenable. With each passing day, it’s more difficult to avoid getting embroiled in the intrigue, which does not really help Melody’s chances for romance. It doesn’t take long for Jane to Vincent realize that in addition to arranging a wedding, they must take on one small task: solving a crisis of national proportions.

Amazon Link: Without a Summer

4.) The Last Song by Nicholas Sparks: 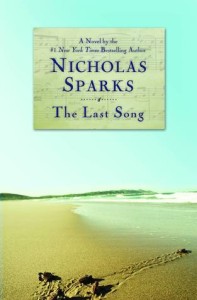 Seventeen year old Veronica “Ronnie” Miller’s life was turned upside-down when her parents divorced and her father moved from New York City to Wrightsville Beach, North Carolina. Three years later, she remains angry and alientated from her parents, especially her father…until her mother decides it would be in everyone’s best interest if she spent the summer in Wilmington with him. Ronnie’s father, a former concert pianist and teacher, is living a quiet life in the beach town, immersed in creating a work of art that will become the centerpiece of a local church. The tale that unfolds is an unforgettable story of love on many levels–first love, love between parents and children — that demonstrates, as only a Nicholas Sparks novel can, the many ways that love can break our hearts…and heal them.

A little explanation on that. Whenever I go on vacation, I pick up a book at the local book store. So, I have no idea what I’ll get. I’m hoping to pick up The Martian by Andy Weir, but I don’t know if the small store will have it. I may walk out with another Colleen Hoover book. We’ll see, and I’ll let you know!

What are you reading this summer? Let me know!