Three Little Things About Me ….

Do you like to read? Wouldn’t you like to know more about your favorite authors? You came to the right place! Join the MMB Open Book Blog Hop each week and they will tell all. Every week we’ll answer questions and after you’ve enjoyed the blog on this site we’ll direct you to another. So come back often for a thrilling ride! Tell your friends and feel free to ask us questions in the comment box. If you want to join up, visit http://www.pjfiala.com/blog and link up!

This week’s topic: Tell us 3 things about you.

1. My lack of self-confidence is VERY real. There are many things I’ve wanted to try, especially in grade / high school. Volleyball, tennis, the s 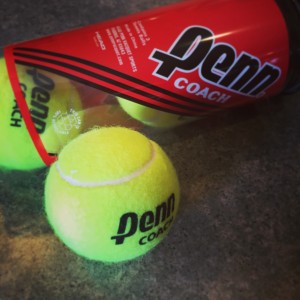 chool newspaper. I’ve wanted to attempt a sport of some kind as an adult. In my early 20s, I was often coaxed into subbing on a coed softball team and did everything I could to avoid playing. Yes, I write books, and that is scary as hell. Yes, I love my fitness habits and I talk about them a lot. But my lack of self-confidence is there whether you see it or not. I’m afraid of not understanding all the rules of a sport, of my book being a complete failure, or even more so, a huge success, and I’m scared of injuring myself and losing all my progress in losing and maintaining weight. If I could let these barriers down, imagine what I could do.

2. I love live sports, but I don’t understand them. I’m from Wisconsin. Packer country. Huge baseball fans, too. I honestly have never been to a Packer game. I’ve been to plenty Brewer games, a few basketball games, and even hockey. Do I understand the rules? Hell no. Never watch a football game with me. That is, if you ever even catch me watching one. I don’t know what a first down is or what half these flags mean. I don’t know what a cornerback does (that’s a position, right??). Maybe I’ve never taken the time to understand. If I actually sat down one Sunday and tried to watch a game, would I get it? Would it sink in? I understand the gist of the game, but the rules and official terms? Nope.

3. I’m a bad video game player. You know the type. The one who yells at the television, throws the remote, and takes it much too seriously? That’s me. Back in the Atari and Nintendo days, I got pretty pissed. I must say I’m relieved these gaming systems (and the games) have gotten much too complicated. I’m not very tempted to play, and, therefore lose my cool. I play Candy Crush and Candy Crush Soda now and Words with Friends. If I play a video game, it’s Wii Sports or a dance game. I can’t do competitive games or ones like Plants V Zombies or anything. Not unless I want my potty mouth to come out!

What’s something interesting about you? Tell me in the comments! 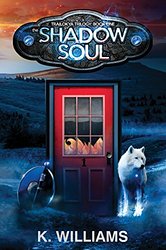 ve you read any good books lately? Check out The Shadow Soul by K. Williams, which was a 2015 Hollywood Book Festival Honorable Mention in Science Fiction! The Shadow Soul is the first part of The Trailokya Trilogy, a Fantasy series that follows the rise and fall of fabled races and souls at the junction of three worlds: Zion, Earth and Jahannam. K. Williams weaves a tale that will leave you questioning long held convictions about the human legends of Heaven and Hell. Are you ready to enter the gates of Zion and learn the truth?

Captain Maiel is a duta warrior of Zion, a race of giant, winged guardians and chroniclers of the lesser souls. Maiel’s assurances are shaken when she nearly loses a young human girl to the dark forces of Jahannam, the prison realm where the lowest beings reside. To avoid answering to the leaders of her world, Maiel seeks refuge on Earth, but she is pursued by a baron of Jahannam intent on destroying her. Can she be saved before time runs out? Or will she be sacrificed to secure the borders of Zion and to hide the lie her journey uncovers?

With each step further into darkness, long held secrets are revealed and shadows rise from the past to challenge absolutes.

Born in Saratoga Springs, New York, where she continues to reside, K.Williams embarked on a now twenty-year career in writing. After a childhood, which cons 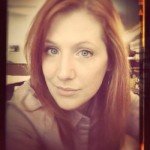 isted of voracious reading and hours of film watching, it was a natural progression to study and work in the arts.K attended the State University of New York at Morrisville, majoring in the Biological Sciences, and then continued with English and Historical studies at the University at Albany (home of the New York State Writer’s Institute) gaining her Bachelor’s Degree. While attending UA, K interned with the 13th Moon Feminist Literary Magazine, bridging her interests in social movements and art. Currently, K has completed the MALS program for Film Studies and Screenwriting at Empire State College (SUNY), and is the 2013-2014 recipient of the Foner Fellowship in Arts and Social Justice. K continues to write and is working on the novels of the Trailokya Trilogy, a work that deals with topics in Domestic Violence and crosses the controversial waters of organized religion and secularism. A sequel to OP-DEC is in the research phase, while the adaptation is being shopped to interested film companies. Excerpts of these and more writings can be found at: www.bluehonor.com.