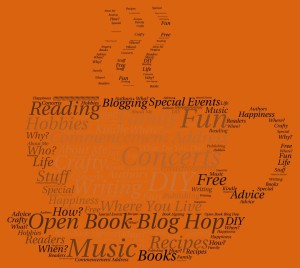 Join our Open Book Blog Hop and discuss what your favorite decade has been to date.

Ask me what my favorite decade is and I’ll struggle between the 80’s and 90’s. The more I think about it, though, I think it’s more like mid-80’s to mid-90’s. The coolest things existed, the best music was created, and the outfits – wow, the outfits.

Let’s break it down.
1.) Music. Let’s start with that. MTV made its debut and music was never the same. Not only could I jam out to my favorite tunes, but I could watch them in videos and sometimes have run recreating them or choreograph dances. I remember sitting at the VCR waiting to record them. Do you recall old school Madonna, Janet Jackson, and Whitney? I used to blast Paula Abdul’s “Cold-Hearted Snake” and dance to that. I wanted to BE Debbie Gibson. And we can’t forget the original New Kids on the Block. I also went to my first concert. I wished it was New Kids, and it was almost Wilson Phillips (they canceled their tour due to low ticket sales), but my parents took my brother, his friend Curtis, and me and my friend Josie to see Poison & Warrant. My poor country-music loving parents. 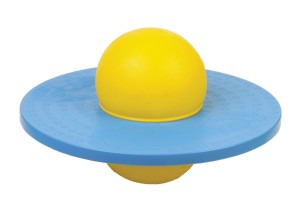 Who had one of these?

2.) Outside activities. I didn’t participate in sports in school, but that doesn’t mean I wasn’t active. Give me a baseball bat and I played baseball in the lot next door. I loved to ride my bike around the block or to the store. I really loved hopping on the pogo ball. Though this isn’t a game, I turned on my boombox and laid out in the sun a lot (I know, awesome for my skin). I played a lot of solo tennis. I hit the ball against the garage door. When my friend from California came and stayed at her grandma’s house across the street, we used the street as our net.
3.) Exercise. Yes, I exercised a lot as a kid. When my brother was starting high school, I was going into 7th grade. That summer he took a summer school class and when my mom went to work and he headed off to school, I flipped on the television and exercised. Swimsuit with tights, headband, leg warmers – you know the look. And I did it. Looking back on it, exercising for a two-hour time period maybe not the best thing for a twelve-year-old, but I had fun.
4.) The styles. I went through a few of them. The jelly shoes. The ratted hair. The body suit with my shoulders exposed (Think Mariah Carey’s first CD). Leg warmers. Oh, and the jean rolls. I never mastered it, but I did it.

Show me your mastered roll!

5.) The TV shows. There were so many great ones. I loved Growing Pains (Kirk Cameron then … not now), Full House (I wanted to be DJ Tanner), Charles in Charge (Could Scott Baio babysit me?), Clarissa Explains it All (although I don’t know if she explained it all), Blossom & Punky Brewster (dress how you want – they could pull it off, I couldn’t.). And of course we had 90210!!!!
6.) Simplicity. The Atari had a stick and a button. Even when Nintendo came along, only a few more buttons. These days I can barely figure out how to turn on the Xbox. While I love mine, we didn’t have cell phones. We played outside without worry. Helmets weren’t even given a second thought. We drove in the backs of pickups. We didn’t freak out about every little thing in our food or our cleaning supplies. We just enjoyed life.
I’m not saying kids shouldn’t wear helmets today (of course they should!). I also think we should be aware of what’s in our food and the chemicals in our homes every day. All I’m saying is the mid-late 80s and early 90s for me were carefree and easy living. Of course, that could also have a lot to do with the fact that I wasn’t an adult!

What’s your favorite decade? Tell me in the comments!