What I Dreamed Versus Where I Am

Today is kind of a big deal for me. On May 9th, 2014 I published my first book hoping to pull at your heartstrings and read the last page with a renewed hope in young people. Pieces of it All began as an entirely different project than the published one. The book began as a thriller, turned erotica, turned coming-of-age. As I got to know my characters, I wanted more for Beth. As her creator, I needed her to understand the consequences of opening her heart to the wrong person who didn’t want anything out of life – or wasn’t willing to make the sacrifices to get there. 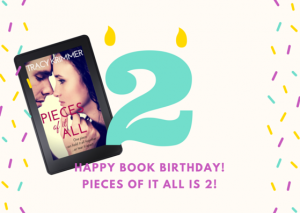 I’ve sold some copies of the book and have 32 reviews on the book. I had 33 but Amazon likes to sometimes delete reviews for fun. The most common theme on my positive reviews is that the book is realistic. The line I see in the negative ones is that Beth is immature.

Both are correct. And that’s the problem with the book.

One thing I’ve learned is that realism doesn’t sell as I thought it would. The readers that pick up this book expect a bad-boy-meets-good-girl-she-changes-him-and-the-live-happily-ever-after story. This is not the case with this book. I have toxic people in my life and I know from experience they don’t change. As much as we dream that our loved ones will clean up their act or even be kinder doesn’t always happen. The book, in my opinion (of course I’m biased) has a happy ending. For Beth.

And yes, Beth is immature. She’s 18! When I was 18 I certainly wasn’t mature. I can appreciate that readers want to read about a mature 18-year-old woman who can turn the bad boy into the perfect husband and father. I read books like that, too. But that wasn’t my goal. 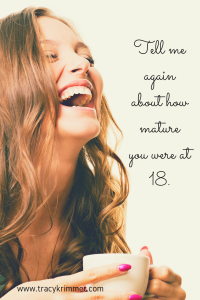 I wrote the book I wanted to read. And it bombed.

This was going to be it for me. I wrote a book different from the rest. My critique partner agreed, sending positive thoughts my way and how this book would change the genre. Let’s just say we shouldn’t take our bets to Vegas.

That’s okay, though. Pieces of it All turns two today and maybe she’s still a little immature, and she’ll sit on that Kindle shelf and wait for someone to read her and understand that the book is more about self-discovery than romance. Perhaps someone will pick it up and shout to the world that this book has a bad boy, but you know what? The bad boys don’t always win. They don’t always change. But the heroine can.

Today, two years later, I’ve published Caching In, Jay Walking, and Sparing the Heart. These are much different than Pieces of it All. My first book was more raw, the language is more explicit, and it’s a journey. The Pastime Pursuits series is chick lit and fun and the main characters are spunky. I like writing this genre and will continue to do so. 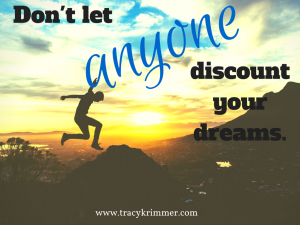 Two years ago I dreamed I would be a top seller in the New Adult genre and join the ranks of many authors I converse with on a daily basis. That didn’t happen, and I don’t expect it to in any genre. I write what I want to write and I’ll continue to do so.

Try my books a try, especially Pieces of it All, on its birthday. If you’re on Kindle Unlimited, you don’t have anything to lose (I haven’t decided if it will remain in KU after the 14th), and if you’re not, well, it’s only $2.99. You may love Beth & Harvey and understand my post a little bit more.

Spread the word on Facebook and Twitter. Beth and Harvey’s story turns 2 today and despite what the sales say, I’m couldn’t be prouder.