P is for Pieces!

Everything in life is a puzzle. Many pieces put together make things whole. Writing is a puzzle. When I wrote my first book, the process was quite lengthy, and, at times, I felt like I was piecing things together. Let me explain.

I put the draft aside and the more I thought about it, the more I realized I despised books like these. You know the one – sweet girl meets bad boy, bad boy is super bad, bad boy falls for sweet girl, he changes for her. They live happily every after.

I waited, rather impatiently, in fear. Meanwhile, I started thinking about my NaNoWriMo project for November. Finally, the feedback began to come in. It was …. lukewarm at best. People didn’t understand the male lead and why the girl found herself attracted to him. Some scenes didn’t make sense. An entire storyline came across completely without research. Okay. Here we go. Back to the drawing board.

I practically rewrote it. Again. I took out a majority of the sex scenes, added the POV of the male character, and made him much more real. I needed to piece everything together to write the story I wanted to write. What did I want to write?

The opposite of what I had read.

When release day approached, I was a nervous wreck and completely beside myself. PIECES OF IT ALL was released on May 9, 2014 and some people bought it. It’s had it’s share of downloads over the almost year it’s been out, and very mixed reviews. 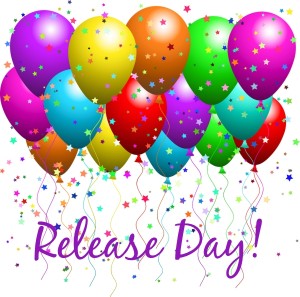 For some, my main character, who is Beth, seems naive. Well, she’s eighteen. I’m not sure about everyone else, but I sure was naive at that age. Looking back on my eighteen-year-old self, I was a lot like Beth – shy, took things at face value, and wanted to fit in. Hell, I’m still like that in some ways. Others really related to her. Same with Harvey, the male lead. A lot of reviewers have discussed how real Harvey’s struggles are and want to know more about him. Others don’t see why Beth liked him. Some suggest they don’t like the insta-love, but, no one in the book is ever in love, nor do they say it. Remember being a teenager? The pitter-patters and thinking every person you fell for was someone you loved? That was Beth.

The ending is the one that I get the most mixed reviews on. Many people go into a book expecting one thing and are either shocked and happy when they get the opposite, or pissed. It seems it’s split down the middle on this for PIECES OF IT ALL. Like I said, I wrote this book in spite of the others I had been reading. This book, while it’s a romance, it’s more about finding yourself than finding love. Okay, I take that back. It IS about love – LOVING AND RESPECTING YOURSELF.

I understand why some readers don’t like the way I ended things, but, I wouldn’t change it for the world. This is the ending for my main character, Beth. This is the ending that is right for her. Everything that happened with her and Harvey, all those pieces, they make her who she is becoming, and while her puzzle isn’t complete (she’s 18!), those pieces helped to shape her.

Writing a book and publishing it for others to read and criticize, both good and bad, is tough. I’ve grown slightly thicker skin because of it. I have to. I’ve come to learn I can’t please everyone with my books. PIECES OF IT ALL may be my most favorite thing I’ve written because I feel it’s the most real, but I’ve moved from New Adult to romantic comedy because, while that book is a HUGE piece of me, the romantic comedies typically have that ending most people crave, and, I found with CACHING IN, EARLY BIRD SPECIAL, and THE RIGHT EQUATION, I seem to write it well.

Will you see another slightly darker piece from me sometime in the future? Maybe. I may not be done writing books like PIECES OF IT ALL completely. But, for now, I’ll stick with the chick lit.

If you want to see what some people loved, and others hated, about PIECES OF IT ALL, you can purchase it through the following e-book retailers: (I classify this book as Women’s Fiction / Coming of Age, and, still New Adult due to the age group).

Tell me what you look for in a good book?