Reflections After a Year of Publishing 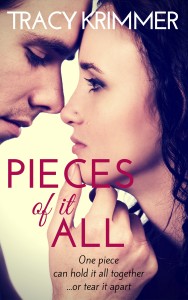 Today is a special day for me. On May 9, 2014 I announced the release of my first book PIECES OF IT ALL. This book took almost two years to complete to the book it is today, and I anxiously awaited release day, hoping for the best possible release.

Things went off without a hitch. I checked sales hourly, okay, let’s be honest, every ten minutes. I didn’t have the release day I wanted, but, it didn’t matter. My book was out there. On Amazon. The world could see it now.

If you’ve followed me over the past years, you know I have another book I published previously called THE JEALOUSY GAME. The book published in 2013 and I took it off sale before the release of the new book for two reasons. First and foremost, it wasn’t up to par. I realized I didn’t put into it what I put into PIECES OF IT ALL and shouldn’t be out there. Second, since it’s not reflective of my work, OR my genre, I didn’t want to sell it. Maybe one day I’ll rewrite it, but for now, if you’ve read it, you’re one of the few.

After releasing PIECES OF IT ALL, I got to work on CACHING IN. I still worked to promote the other book, but dove into this one. While with beta readers, I decided to try my hand at short stories, and wrote EARLY BIRD SPECIAL and THE RIGHT EQUATION. I’m glad I did this because I may write a novel for the characters in those books.

CACHING IN released in December on the heels of the short stories. This book was received much better, and I think I’ve found my niche – Chick Lit / Romantic Comedy. I’m still trying to learn the best way to market and gain readers, but at least I’m writing. 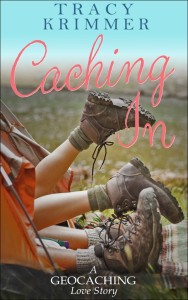 The most difficult part of this past year has to be reviews. First and foremost, it’s hard to GET them. Not everyone leaves reviews. The reviews help boost your visibility on sites and get noticed. I want people to notice my books and read them. Second, reviews are a double-edged sword. You have to take the good with the bad – and there will be bad. The key is to learn to roll with the punches, take criticism with stride, and keep writing. I love getting a great review, but those bad ones can knock me down. I’m learning to keep my head down and write. Just write.

So what’s next? As I just said above – write. And write some more. I am hard at work on JAY WALKING and my goal is to have that available this summer. I have some things in the pipeline I hope to release this winter, but that will depend upon how quickly I can finish this other book.

The past year has been literally a dream come true. I’ve always wanted to be an author, and now I can say I am one. Thank you to all the great readers who have found my work. I couldn’t do this without you. I hope I can keep writing, and keep you reading.

To view my books, go to www.tracykrimmer.com/books/