Once Upon a Cache …. Caching In’s Lead as a Princess! 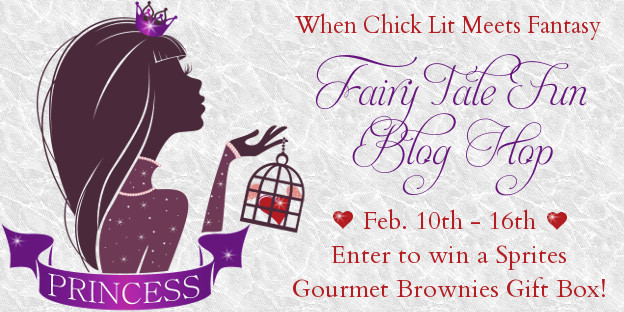 When the opportunity arose to participate in the Fairy Tale Fun Blog Hop, I couldn’t resist. Who doesn’t love a princess? The premise is simple: compare your novel’s heroine to a princess. Easy, right? One would think, but with so many choices out there, and so many wonderful princesses, how do you choose?

My most recent release, a romantic comedy titled Caching In, centers around the hobby of geocaching. Have you ever been geocaching? It’s so much fun. You can use an app or a handheld GPS to find caches hid anywhere. You can find them in a tree or even in a trash can. I have a friend who found a cache that was a trash can!

Picking a princess for the main character, Ally Couper, wouldn’t be easy. She certainly didn’t fit the mold of my favorite Disney princess, Ariel from The Little Mermaid. While I love the Disney princesses, most spend their lives searching for the perfect man to complete there life. Ally doesn’t roll like that. Granted, with the newest Disney princesses, the stories are taking on much more than the perfect man, but she still didn’t fit into a Disney role. I needed a princess outside of the Disney realm. The minute I realized that, I knew Princess Peach was my gal.

Turn on any Super Mario Brothers game, and you’ll find Princess Peach trying to escape Bowser, playing the Damsel in Distress perfectly. She’s dressed in her dazzling pink gown, her blonde hair flowing over her shoulders, a crown on top her head. Princess Peach is your normal run of the mill Princess, right?

When most people think of Princess Peach, they think of this: 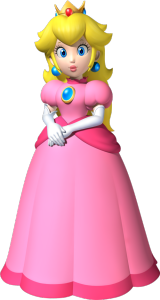 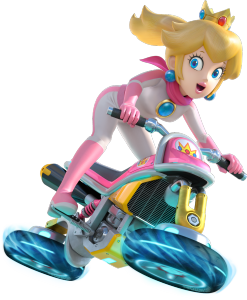 A bad-ass princess ready to take anyone down.

Princess Peach and the Super Mario games contain all the elements of a fairy tale. The famous princess is captured by an evil character, a man comes to her rescue, and she also possesses special powers (Princess Peach can float!). Everyone lives happily ever after. Do characters in novels possess the same abilities? Can a chick lit book also be classified as a fairy tale?

Ally Couper, the main character in Caching In, is a strong, independent and athletic woman. She speaks her mind, and while she wants to meet her prince and fall in love, she sees no shame in living as a single woman. Ally is sporty, sexy, sarcastic, and spunky – four traits that also describe Princess Peach.

For those of you unfamiliar with Princess Peach, she’s part of the Super Mario Brother franchise. Originally known in the United States as Princess Toadstool, over the years she transformed from a damsel in distress to a race car driving, baseball-throwing heroine. Princess Peach tends to get kidnapped by Bowser all the time, but she always gets herself out of the situation. In Caching In, Ally gets into the car with a stranger, though she’s lucky and doesn’t get kidnapped. If she did meet that fate, I have no doubt she’d hold her own, just as Princess Peach does.

The thing I love most about Princess Peach is not only is she cute and wear a lovely pink (my favorite color!) gown, but she’s sporty and doesn’t hesitate to put on shorts and play baseball. She plays in numerous athletic games, and serves as captain in Mario Super Sluggers, races through the tracks in Mario Kart, and competes during Olympic Games for many different versions of Mario & Sonic at the Olympic Games. 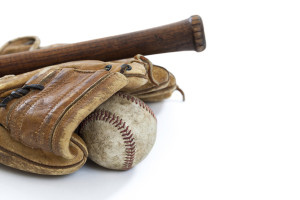 The athleticism is what makes Princess Peach and Ally Couper most similar. Ally is by no means an Olympic athlete, but she loves working out and will try anything. In Caching In, she not only goes geocaching, taking her on hikes, but tries her hand at rock wall climbing. We don’t see her participate in any other sports, but she wouldn’t complain about having to sub in as catcher in a co-ed softball game as yours truly has. (Yes, many years ago I groaned when I needed to sub. The ump caught the ball more than I did. Mainly, I served as a body on the field!).

Ally’s life hasn’t been without loss, and her sarcasm may serve as a way to deal with her pain. Her outgoing personality, both loud and assertive, doesn’t mean she isn’t a sweet and well-mannered woman, because she certainly is, just as Princess Peach. Both princesses are solid competitors, and show quite the sportsmanship. Ally would much rather compete against herself than take down another player and gloat about it (and she is faced with this decision in Caching In).

Both Ally and Princess Peach are strong, independent ladies who like to have fun. If one difference exists between them, it’s Ally’s preference for yoga pants over a dress. That’s not to say Ally doesn’t like getting dressed up every once in awhile. She, too, likes to feel like a princess, because, honestly, who doesn’t every once in awhile?

If you want to see for yourself how these two are relatable, be sure to pick up a copy of Caching In. My first book, Pieces of it All, is also available (and on sale!). Novels not your thing? Check out my two short stories, The Right Equation and Early Bird Special.

This giveaway is open to US residents ONLY. A winner will be selected at random and announced on Tuesday, February 17th. You have an opportunity to enter at each stop on the hop, which means you can enter up to 18 times!

HOW TO ENTER: Leave a comment (AND YOUR EMAIL ADDRESS!) answering this question:

**Do you remember your first grade school crush? Did you ever send them a Valentine?**

Ready to “hop” on over to the next blog post? Participating blogs are listed below. Simply click on the first name, and after you are done reading that one, they will have a list of participants, and you can click the next name from their site to “hop” on over!

Thank you for stopping by, and remember to enter the giveaway!