The Debonair Dog Groomer – if The Little Mermaid Were Chick Lit

Today, during #ChickLitLove week, I have been faced with an incredibly difficult task. As an author of the things I hate most is writing a blurb. Today I’ve been challenged to write a Disney Princess movie blurb as though it were a chick lit novel. I worked on it for quite awhile, and I still don’t think it’s perfect, but I’m going with it, before it’s Thursday! 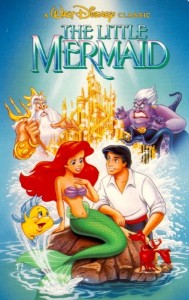 My favorite Disney princess movie of all time is The Little Mermaid. I had the VHS tape as a child (look it up if you have no idea what a VHS tape is!), the soundtrack on cassette tape, and even a poster. I still can’t watch the movie without singing the songs!

As I sat down to write the blurb, I began it as though Ariel were still a mermaid. But, in a chick lit novel, that wouldn’t work. Maybe, if I wrote fantasy chick lit, but I don’t. So I switched it up just a bit.

With that introduction, here is how I envision The Little Mermaid if I were to write it as a chick lit novel. Please, leave your comments!

Life with a crab and a fish as best friends should leave Ariel bitter, but the bouncy, red-headed animal lover couldn’t be happier managing Wagging Tails, an all service dog grooming facility. She left a life of talent shows and competitions showing off her beautiful singing voice to take care of the pooches, refusing to be her father’s trophy daughter any longer.
Each day Ariel meets unique pooches, from the tiny Chihuahua named Pickle to the overpowering, yet huggable Saint Bernard Hunk, but nothing prepares her for the day Max, an Old English Sh

eepdog, pounces through the doors of Wagging Tails, nearly knocking her unconscious. He’s apologetic, slobbering her face with kisses, and his owner, Eric, is embarrassed by his dog’s behavior.
Eric quickly leaves the store without getting Max groomed, and Ariel can’t get the dark-haired, blue-eyed man out of her head. She realizes Eric is the Prince of Pups, a world-renowned “dog whisperer” and out of her league. He’s more than just gorgeous – he’s one of the most eligible bachelors, and she’s only good enough to brush the coat – and teeth – of a dog.
When the opportunity arises for her to attend a fundraiser for abused dogs at Eric’s home 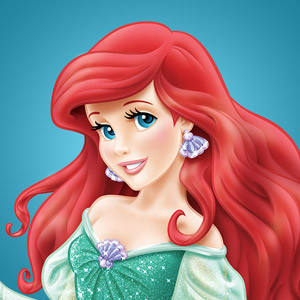 , she jumps at the chance. Required to dress in costume as a favorite animal, she finds the best mermaid costume she can. Her plans to woo Eric at the event go awry when his ex, a fraudulent psychic named Ursula, shows up tries to dazzle him, dressed in a much too revealing costume.
Ariel leaves the party, disappointed at the opportunity to connect with Eric, and even more upset she now realizes she wants love in her life. Can Ariel turn things around and make Eric fall in love with her? Or will he be hypnotized by a woman whose only plans are to take over his empire?