Author’s Note: This is a bit of a rant. A little ironic.

Since I quit my job, I never have to drive on the freeway. Last week I experienced many drivers – on and off the freeway – I only felt sorry for. 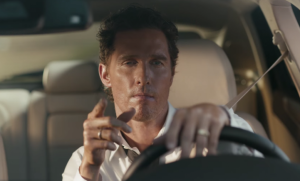 What happened, people? Why are we in such a rush to get where we need to be? Why are we so irritated with other drivers? As I pulled up to a stop sign, a car stopped IN THE MIDDLE OF TRAFFIC and flung his hands up in the air for me to go in front of him. I was at a stop sign. You know, that means the other driver should keep driving since he doesn’t have one. Nope, he looked like a complete moron yelling at me for paying attention to traffic laws. Should I have not stopped and pulled out in front of him, thus causing an accident?

The speed limit on most highways in Wisconsin is 55, and in the more rural areas, 65. I will admit, I tend to go 65 in the 55 and about 70 in the 65. I also tend to stay in the right lane – which is the S L O W lane. If someone rides up behind me and starts screaming behind the wheel because I’m already going 65 in a 55, I don’t quite understand it. I AM ALREADY SPEEDING. If they want to drive like a maniac, please, go into the left lane, and probably don’t even put your directional on, because, seriously, why do people even use those? (sarcasm). 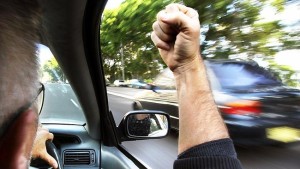 I used to be an angry driver. I’ll come clean about that. Then I stopped driving daily with these asinine people and thought, why am I acting like this? Half the time if you get upset with a driver because they are going to slow (in your opinion – because they may actually be going the speed limit, set by the LAW), you meet them at a stop light. Looks like getting pissed off and throwing a fit did nothing to get you to your destination any faster.

One of my favorite things people say is “Learn to drive!” Here’s a little secret – those driving the speed limit and abiding by traffic laws? THEY DID. Maybe you need a return to driving school.

Since I’ve calmed down driving, I’m much more relaxed on the road. These crazy drivers do make me nervous. Short of a medical emergency, where do you need to be that is so important you would put your life, my life, and other’s lives in danger to get there? Late for work? It’s not the end of the world. Maybe if you do that consistently, you should get your ass out of bed a little sooner and leave a little earlier. Anxious to see a movie? Again, LEAVE EARLIER. You can’t watch the movie or go to work if you’re in the middle of an accident, or dead.

When I drive anywhere, I see the people yelling from behind the wheel, flipping the bird, honking the horn. What good does it do you? Do you feel like more of a man or a woman for doing this, because frankly, YOU LOOK LIKE AN IDIOT. 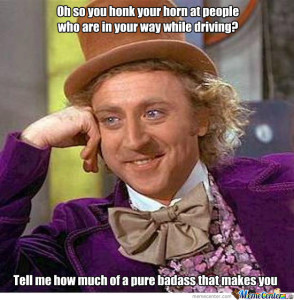 It doesn’t make you a badass. It makes you a moron.

Slow down, people. If you’re in a residential neighborhood, this is more true than ever. People whip down the street in my neighborhood, and they should be going MUCH slower. This is how people get hit by cars. There is nowhere you need to be that’s worth risking someone’s life.

The next time you feel a fit of road range, take a few relaxing breaths. Remember this, too – these days, you don’t know how someone is going to react. In Wisconsin alone I can think of two incidents in the past month with guns involved, someone losing their life, OVER ROAD RAGE. Was it worth it? Now, instead of getting to their destination, one person is dead, and one person will be in jail.

When you see someone reacting in their car, take a look. Remember the thoughts that went through your head when the person flung their arms in the air and shook their head and screamed in outrage. Take note of how stupid they looked – because you look the same way.

Wherever you’re going – you will get there. You’ll shave maybe one or two minutes off your time if you race down the highway instead of going the speed limit. Think of those you love and how you want to see their faces, and how those around you feel the same about their lives. A car is a privilege, and if you aren’t responsible enough to stay calm while driving one, maybe you shouldn’t have one.