On Peeple Being Mean ….

No, that’s not a misspelling in the title of this blog post.

Have you heard? There’s supposedly this app launching allowing users to rate people. Pretty soon, you’ll be able to log on and rate people you know. I’m not sure what the scale is, but I have two words for you.

When I first heard about this, I thought it was a joke. There’s no way someone would create something that could potentially cause so much pain in someone’s life. I did some reading and, yep, it’s true.

Oh, but it’s meant to be positive. 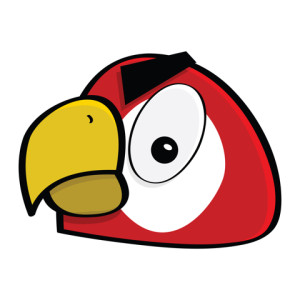 Thanks, Peeple creators, for making that statement. It’s a wonderful gesture to put such confidence in the people of this world. The same world filled with bullies who have been made worse since the introduction of social media. A couple months back I posted about Slam Books. Well, here we are – a 2015 version.

One of the creators said she wants to be able to see what kinds of parents her kid’s friends have. Here’s an idea – MEET THEM AND DECIDE FOR YOURSELF.

Someone may think Sally is just the cat’s pajamas. Maybe they were best friends since 1st grade and she can do no wrong. Another person may think Sally is a jerk because she got the promotion at work the other thought she deserved. Sally’s rating just went down because maybe she’s a harder worker and someone judged her negatively based on that.

This subject has made me an angry bird all day.

I drove behind a school bus the other day and all I could think about was when in grade school, the kids would all slide out in their seats so I couldn’t sit next to them. And then when I did find a seat, they spit on me.

I put my hair up recently and recalled how poorly I’ve always been at ponytails and how the kids made fun of me for it.

I snap my bra shut and images of being in 6th grade and being teased when I got my first bra fill my mind.

Sure, these weren’t completely devastating moments for me as I look back at it, but as a child they were. And they’ve stuck with me. Most of my school career I was teased in some form or another. I was a “dog” or had thunder thighs or was just weird. It really, really sucked.

And now I can live through that all again through this app. Yeah, me!

Sure, I did some reading and I found out that all feedback will sit in an inbox for 48 for someone to contest it. If you are not registered on the site and can’t contest it, all your feedback remains positive. You mean to tell me that sarcasm will be picked up? There’s NO way that negativity will slip through the cracks? I highly doubt it.

I know I’m a grown woman. I have every right not to download this app and not to look myself up (and I won’t!). As an author, I check reviews and am curious what people say, but that’s about my work. I put that out there and expect it. I don’t expect to be judged online on a personal level. I already feel like over half my Facebook “friends” honestly don’t even care for me. I don’t want proof of that.

I won’t be checking out this app and I’ll hope no one reviews me. That doesn’t mean they won’t. I’m a human being, not a product. If I’m a product, I’m a product of my amazing parents who taught me better than to encourage judging other people and creating an environment to do so.