Hey everyone! Do you remember me? I haven’t blogged in quite a long time. A lot of things that happened that put the blog on the back burner. First, my dog passed away, then we got a puppy, then my stepfather-in-law passed away, Then I release a book, then I released a short story in an anthology, and now I am trying to write 50,000 words for National Novel Writing Month. It’s been a little crazy.

Something else happened. We elected a new President.
The past few days, I have been filled with a lot of emotion. I processed a lot of these feelings internally and externally on Twitter and Facebook. I mean, this election took over the Internet. And not in a good way.
It’s no secret that #ImWithHer. Obviously, the election didn’t go the way I’d hoped. I won’t go into the details as to why I’m with her and not him, or why I can’t shake this feeling that’s taken over me and forced me into a state of numbness. That’s not important (to you, anyway).
Why am I blogging about this, then? Why do I have to say?
I really am blogging because I wanted to ask you a question. I NEED your advice.
How are you dealing with it? Whether your personal won or lost, how are you managing to maintain your normal daily activities on places like Facebook or Twitter or visiting your favorite blogs or news websites without allowing the happiness, anger, confusion, disbelief, hopefulness, and this big smorgasbord of emotions to take over?
Another thing that’s not a secret. I love social media. I’m always on Facebook or Twitter, more for FOMO (fear of missing out) than anything, and my well-known personality trait of being nosy. I always want to know what’s going on. 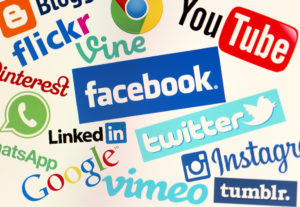 But I just can’t take it. In some respects, my timeline is awesome. It’s full of positivity and ways we can lift each other up and how we can move on from this. So what’s the flip side of it?
Well, not all of my friends voted the same as I did. And I didn’t expect them to. I hoped, given the candidates, the outcome wouldn’t be such as it was, but I can’t change what it is. I truly believe had a different Republican candidate won, I would not be reacting like this. The candidate who won–I can’t even say his name–is not the person I want representing our country. I think there were better candidates. But, we can’t go back in time and choose a different one.
The problem with Facebook is that even if you unfollow people, you still in a way see what they’re posting. So even if I don’t want to see people debating or getting nasty with each other, I still do. Facebook has this lovely way of telling me when my friends have commented on things, but I may not really care that they did. Sure, I can click to hide that post, but the fact is I’ve already seen it. And it’s already upset me.
So what do I do? Do I stay off Facebook completely? I could. I could delete my account and just be done with it. But what about people I do want to interact with? Yes I know there is texting and email and the telephone, but Facebook is the best way to get in contact with people that I want to talk with in a fast manner. Also, I’m an author. I need to have a social media presence. Granted, there’s probably only a few of you that actually read my blog and maybe only a couple dozen who read my books. But I still want these people to be able to interact with me. Closing my account would make that impossible. And I belong to a bunch of groups that assist in my writing. Those would disappear.
Another thing I’ve considered is going through my friends list and deleting A LOT of them. The problem with that is those I do delete that don’t share my same beliefs will think that I’m one of these people who refuses to interact with people who believe different things. That’s not the case at all. I just want to surround myself with people who will lift me up, make me smile, make me happy to be online. If all these people post are things that get me upset or belittle who I am as a person, then why do I want to see what they post anyway? Again, I can unfollow them, but that doesn’t mean I’m not going to see their posts. And some of these people are family. That’s the most difficult part of it all. 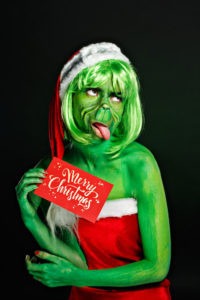 I haven’t decided what I’m going to do. All I know is that I truly feel that whether you voted for him or you voted for her, everyone feels divided right now. Everyone believes that they chose the right person and are either upset their candidate didn’t win, or they’re upset that those who didn’t vote for their President cannot support him. I don’t know how long this is going to go on. I assume at least through January, until the inauguration. And I don’t want to go through my holidays reading all of this stuff.
I’ll think about it some more and some more, and I’ll probably end up doing nothing. That’s just how I do it. Because I’m a coward. But if you have any suggestions, by all means, leave them in the comments.
Disclaimer: This is not a political post that requires any debate of any sort regarding the candidates. I will delete any posts that bash any candidate or group of people.